One of the core security goals of Docker's Swarm mode is to be secure by default. To achieve that, when a new Swarm gets created it generates a self-signed Certificate Authority (CA) and issues short-lived[1] certificates to every node, allowing the use of Mutually Authenticated TLS for node-to-node communications. 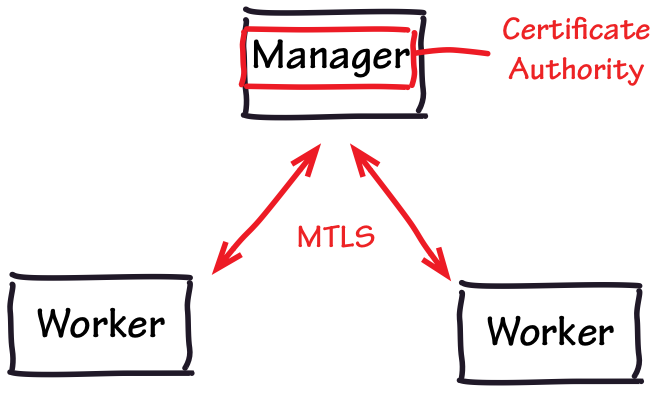 Unfortunately, and much to the annoyance of every infrastructure engineer, there is an old TLS maxim that states that:

If a certificate got issued, it will have to be rotated.

Rotating TLS certificates manually may quickly get out of hand—particularly when we have to manage hundreds of certificates—and becomes completely unmanageable if we issue certificates that expire within hours, instead of months.

Why do I need hitless rotation?

There are some use-cases where replacing the TLS certificate on disk and restarting the application is a completely valid way of doing certificate rotation. 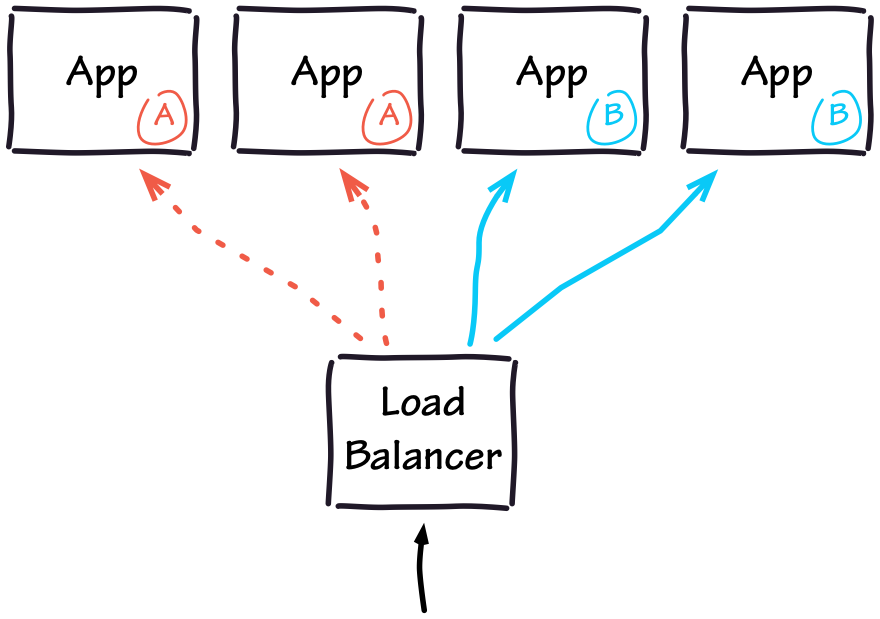 Unfortunately, there are two main issues with this approach:

As a concrete example, consider the Docker Swarm architecture, depicted in the following Figure. To create highly-available clusters, Swarm uses special manager nodes participating in a consensus protocol called Raft. Manager nodes keep long-lived connections between each other, and all the other nodes in the system (workers) maintain a long-lived connection to one of the managers. 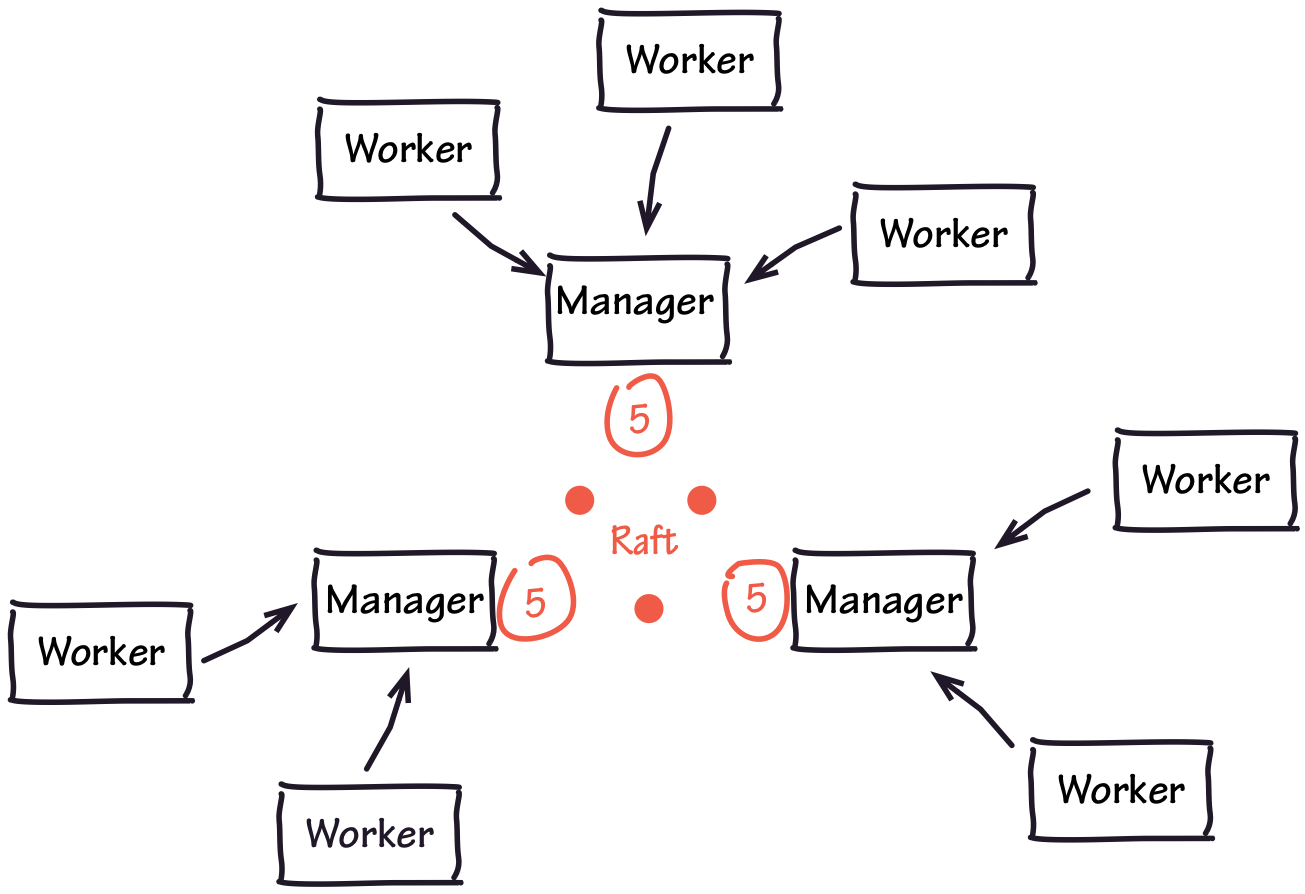 If we were to use the previously described rolling–deploy method to rotate the certificates on the manager nodes, we would:

To make matters worse, if our certificates have short expiration times, these two issues would occur several times a day.

Fortunately, there is a better way.

Certificate selection during the TLS handshake 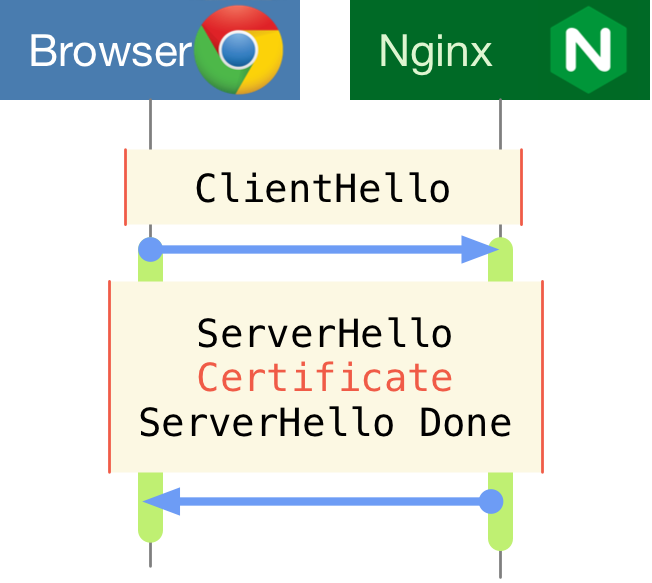 It turns out that Go supports passing a callback in a TLS Config that will get executed every time a TLS ClientHello is sent by a remote peer. This method is conveniently called GetCertificate, and it returns the certificate we wish to use for that particular TLS handshake.

The idea of GetCertificate is to allow the dynamic selection of which certificate to provide to a particular remote peer. This method can be used to support virtual hosts, where one web server is responsible for multiple domains, and therefore has to choose the appropriate certificate to return to each remote peer. 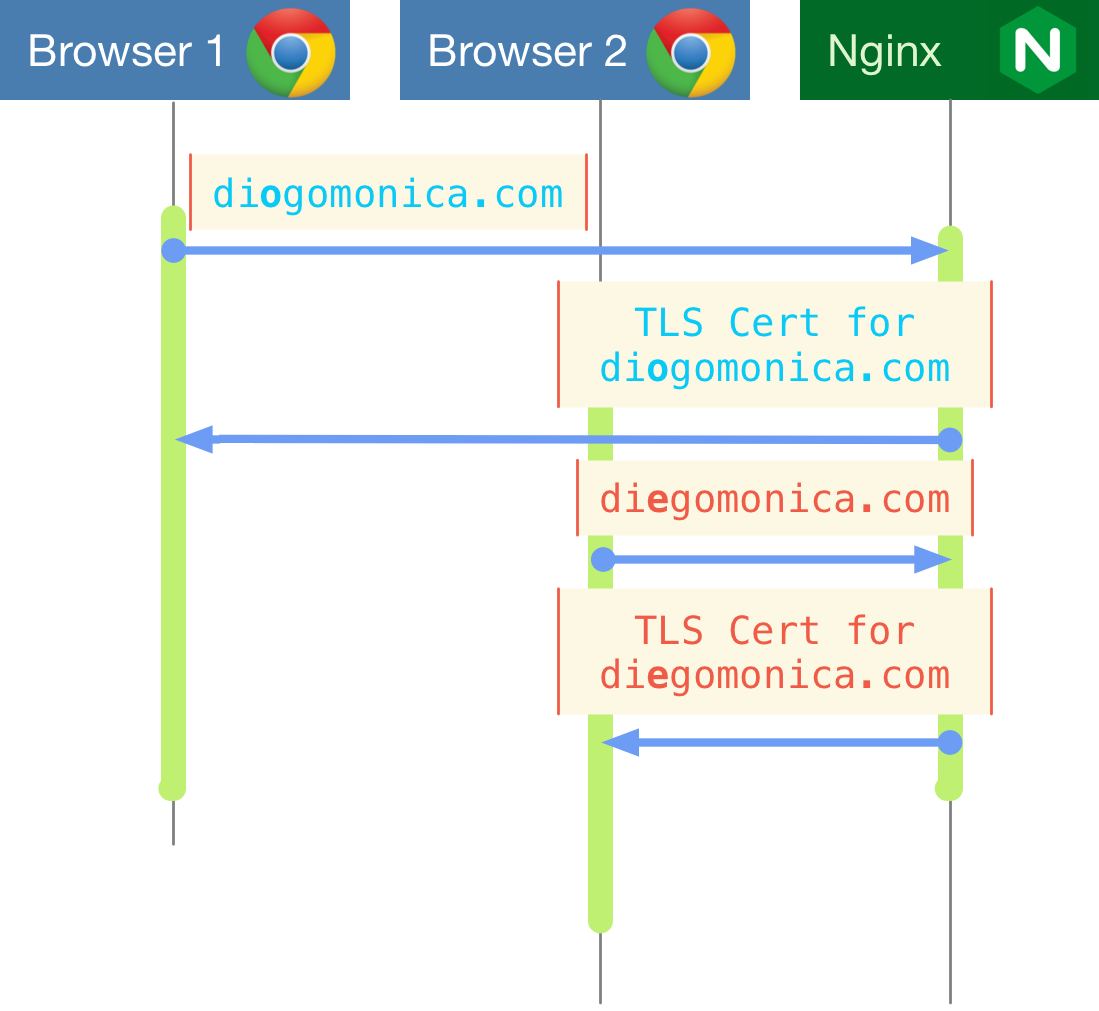 Using GetCertificate is easy. The first thing we need to do is to create a struct that implements the GetCertificate(clientHello *tls.ClientHelloInfo) method[3].

Every time a TLS handshake is about to occur, our getCertificate method is going to get called, and the current certificate stored inside wrappedCertificate will be returned.

However, we are missing a way of replacing the internal certificate that is returned by getCertificate. Let's fix that:

Here's a diagram of what is happening: 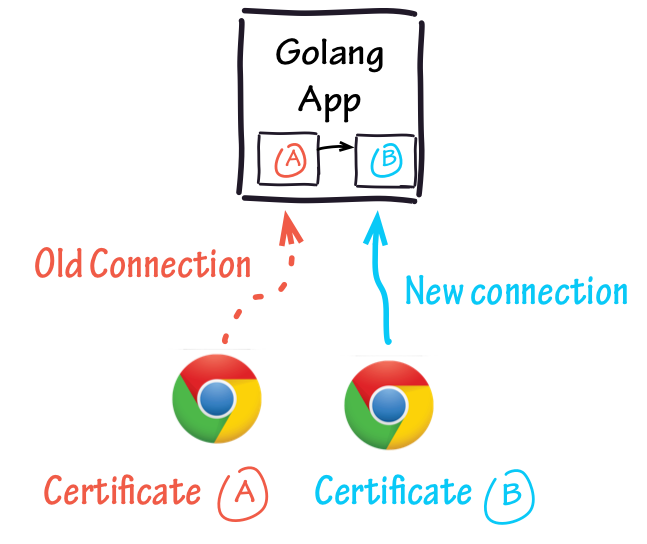 Old established connections using the previous certificate will remain active, but new connections coming in to our TLS server will use the most recent certificate.

Here is a simple example of a TLS server that rotates its certificates every second. Every new certificate gets generated with random Organization (O=); running this example and doing a few handshakes shows us that the server is indeed rotating certificates at every second:

For a more complex use of GetCertificate take a look at the autocert package in golang.org/x/crypto/acme/autocert, which does domain-based lookups on a memory cache hosting all the currently available certificates.

Choosing the TLS config before the TLS handshake

There is another way of achieving the same goal of certificate rotation in Go. Instead of relying on GetCertificateto be called on every TLS handshake and choosing which certificate gets used, we can create a new TLS server for every accepted TCP connection, and provide whatever TLS config is active at the time.

The major advantage of this particular route is the fact that we are no longer stuck with the same TLS config parameters for every connection, and we can change any TLS Config parameters on the fly.

To do this, we create a wrappedConfig struct, instead of a wrappedCertificate struct:

The major difference from the previous method lies in not using a tls.Listener, and instead manually creating a tls.Server with the desired TLS config on every net.Listener.Accept().

Why is this useful? In the previous solution we were only able to control which certificate was returned. This method now allows us to switch any parameter inside the config, enabling use-cases such as root CA rotation or dynamic selection of cipher suites.

Here is a silly example to show config rotations.

We have a simple server that rotates it's own TLS Config every second, not only renewing its certificate, but also switching between supporting TLS 1.2 only, or supporting anything above SSL3.0. On the client side, we will have a client that will only attempt to use TLS 1.0. Let's see what happens:

As expected, the first s_connect succeeds, the second one fails, and the third one again succeeds. The server will continue flipping the minimum allowed TLS version back and forth, and the client will continue to alternate between successfully creating a TLS 1.0 connection, and being rejected for not supporting TLS 1.2.

One of our objectives with Docker Swarm is to support transparent root rotation. The idea is to allow an administrator to force the whole cluster to migrate away from an old root CA transparently, removing its existence from the trust stores of all the nodes participating in the Swarm. This means that we need control over the whole TLS config, instead of controlling only which certificate is currently being served.

To slightly complicate matters, we have to rotate not only the server certificates, but also the client certificates being actively used for Mutually Authenticated TLS by every node.

Finally, Swarm also makes heavy use of gRPC, which is a a high-performance, open-source, universal RPC framework. Therefore, we will have to integrate our wrappedConfig style config rotation with the gRPC's authentication model.

It turns out that gRPC provides a simple authentication API that allows us to define custom methods for performing the client and server handshakes by simply implementing the TransportCredentials interface:

We chose to create a MutableTLSCreds struct, which implements this TransportCredentials interface and allows the caller to simply change the TLS Config by calling LoadNewTLSConfig.

Note that we had to implement both ClientHandshake and ServerHandshake to support transparent rotation of both server and client connections. You can find the full implementation here.

If the previous method seems a bit clunky to you, it's because it is. Thankfully, Golang 1.8 is bringing some changes that will help simplify this use-case. In particular, the addition of GetConfigForClient will allow us to dynamically change the server's TLS Config behavior based on the ClientHello message.

The ability of doing hitless TLS certificate rotation is critical to continue our quest of reducing certificate expiration times, while keeping our sanity intact.

Hopefully, at this point you'll agree with me that Golang makes it incredibly easy to support hitless TLS certificate rotation in your applications, so go forth and rotate all the keys.

The guarantees provided by hashes are of critical importance for security. One of the major points of hashes is, of course, their non-invertibility. However, even though I know how to do the necessary

A few months ago, I ran into a cool new product called hyper.sh, a Docker container hosting platform. The goal of hyper.sh is to make it easier to deploy your containerized