Dealing with blockchain hard-forks seems to have become an unfortunate and time-consuming reality of working in the cryptocurrency space these days: all the cool kids seem to be doing it.

With the looming possibility of yet another Bitcoin hard-fork come November, the rumor mill has started spitting out the much expected fear-mongering articles.

Let me start by saying that if the hard-fork does happen, and your Bitcoin isn't stored in an exchange, no immediate action will be required from you. If you are currently hosting your Bitcoin is an exchange like Coinbase or Gemini, you are beholden to those companies to do the right thing when Bitcoin forks: allow you access to both currencies. It might not happen immediately; it might not happen at all.

If you have your Bitcoin in an offline wallet stored in a vault somewhere (as is recommended), and have no intentions of selling your newly cloned Bitcoin, then save this article for later.

The reason this is a no-op for any Bitcoin holders is the fact that the newly cloned blockchain is a copy of the old blockchain: anyone attempting to move your holdings will still need a valid signature from your private key. Inaction will not lead to loss of your holdings, period.

However, given that the fork in November might not have replay protection, you'll have to ensure you protect yourself before you transact any Bitcoin.

What is a replay attack? 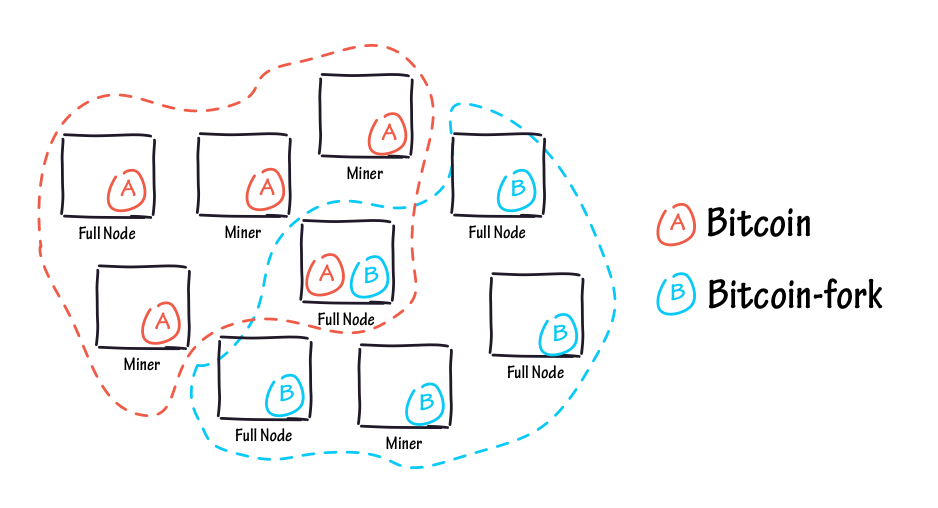 That brings us to the quickest solution that guarantees you don't lose access to any of your holdings in either chain: after the fork happens, ensure that the first transaction you do is transferring all your holdings from your current wallet to another wallet under your control. Doing this will make sure that, even if an attacker relays your transaction to the other chain, you're the sole person in control of the corresponding destination wallet address, thus reducing the impact of the attack to a minor annoyance.

Here is the list of actions to take after the fork:

I hope this helps clear up some of the confusion around the hard-fork. Be safe out there.

I've been thinking about a concept that Nathan McCauley and I came up with a few years ago: crypto-anchoring—and how much impact this kind of architectural decision could have in the breaches

As companies move their infrastructures towards ephemeral microservices, there is an opportunity to rethink some of the security metrics typically used to track infrastructure risk, such as the number of currently unpatched vulnerabilities